Poster of the Day
What is called homophobia has many roots from brain function to doctrinal belief to cultural norms. Whatever its origin, it is a very old story that will not be done away with in a single moment. We can do away with discriminatory legislation in a heartbeat, but the conversion of prejudice is a much longer process of maturing – “going on to perfection”, as United Methodists would have it. May you recognize the depth of resistance to changing human identity politics and decision-making around the same. May you have the courage to change churches, from the old to the new.

Legislative Committees
– Legislative Committees broke into sub-committees toto deal with the petitions to change our Book of Discipline for the next 4 years. Reports will begin coming out of them about their suggestion to the whole body about changing our rules of engagement – both internal and external.

Reflections on the Day
The legislative committees we encountered around the area of human sexuality had plenty of examples of folks who were willing to pull out the Bible first and to quote passages against folks without any provocation. In these instances, there was harm done. The usual process of accuse first and whine later, claiming persecution when called out on their aggressiveness was par for the course.
In the evening plenary session there gay and lesbian clergy and laity who asked for a moment of personal privilege to indicate the harm they experienced during what was called “Holy Conferencing”. The bishop of the moment turned that into a point of order and claimed they were out of order. after going on to finish the business and have a time of worship the delegates met long lines of more than 300 people, gay and straight together, wearing stoles and standing in silent witness. A touching moment, but we will have to see if it had any effectiveness. A stronger witness may yet be needed.
Here is another sign spotted, 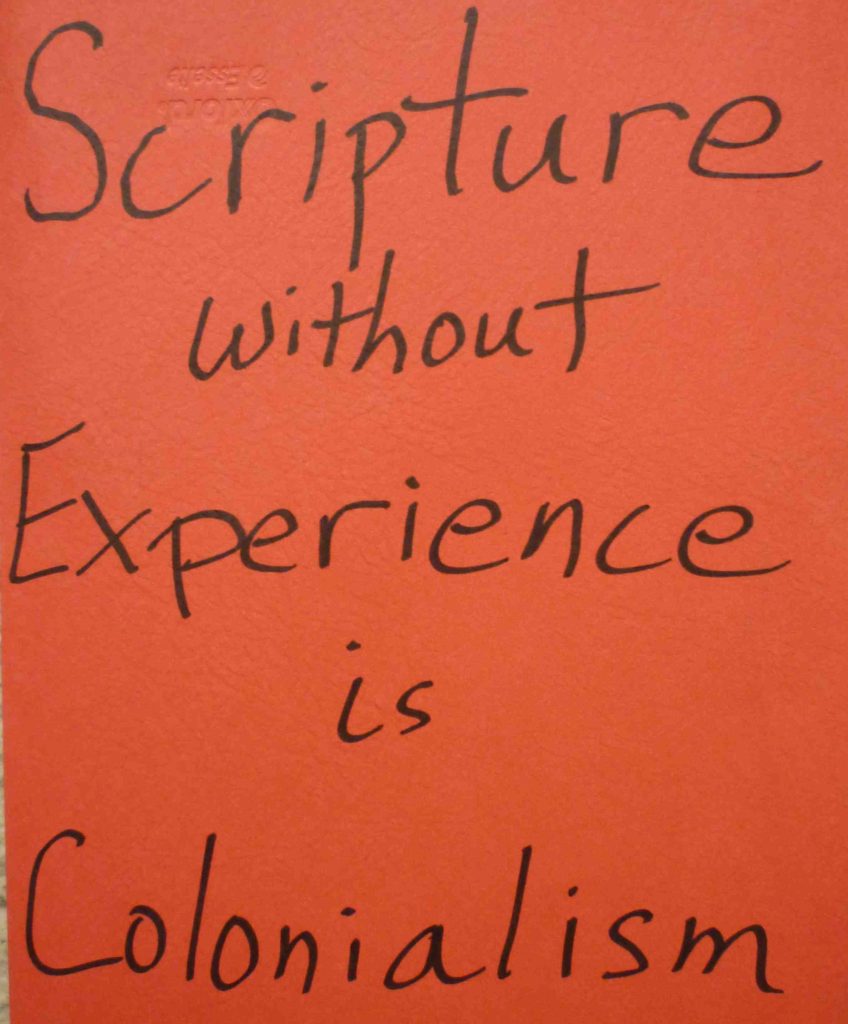